To friends and readers this post was entered with a portion missing from the quoted poem, Edge of September. In respect for the poet, Jeanie Tomasko, and to complete the original reflection, I have discarded last night’s work and now re-post what was originally intended. Thank you for your patience! 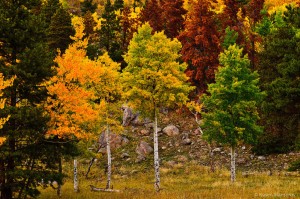 nge and so do I…” – a line from the song, “No Time”, written and sung by THE WHO. It was a song that proudly played from my dorm room window on speakers cranked loud enough to reach two other dorms and a field used for tag football and sun bathing. That was when ‘serious’ studying was set aside. It was too difficult to resist the call of Boulder’s Colorado sun. When I hear this song I can swiftly return to that time in my life – formative and filled with possibilities.
On October 1, I will have been retired four months. While reflecting on my own changes, I found myself singing this line from “No Time”. It was the thought of seasons that brought the words to mind. There is no surprise that one reflects on the changing seasons now. The days are getting shorter. I read in yesterday’s weather report — today the sun would set two minutes and twenty-three seconds earlier. It does not take a written report to know that summer is waning. Evenings are cooler – the trees are beginning to show highlights of gold and red in their leaves. I have always enjoyed “transition seasons”.  These seasons seem to act as a bridge between winter’s cold and the breathless heat of summer.
This fall I am particularly aware of how life can reflect the nature of seasons. In the heat of this past summer, my new life in retirement felt uncomfortable, still too bright for me to find focus. As in other times of change in my life, I continued to be grateful for God’s grace in each day’s rhythm. Too tired and distracted with details, I would have been unable to tend to the sun’s rising and setting.
Now, I seem to welcome these early days of fall. With four months of retirement behind me, I sense the beginning of a pattern to my days — the words rest and relax feel less foreign. These early days of fall remind me that all of creation knows the stress and creative energy found in times of transition. With gratitude, I welcome fall as I prepare to receive its guidance and calming pace.

Again this year it comes:
the shift in the wind
that certain slant of sun
the sudden red of sumac.
Out at the lake
birdsong is less urgent,
the young can feed themselves.
In a few days
something like light
will tug on wings.
I am at home with
the downside of summer.
I take stock of the woodpile.
Night comes earlier. The space
between cricket chirps, longer.
I’ve stopped coloring my hair.

My husband fingers the gray
as if learning a tenderness.

This site uses Akismet to reduce spam. Learn how your comment data is processed.

Continue to be who and how you are, to astonish a mean world with your acts of kindness.