This world is broken. As anger and fear raises in volume, I reflect on a saying passed down for many generations. “Actions speak louder than words.” In this moment we have a choice. We can retreat in fear or step-out in faith to offer hope. We can give in to despair or reach out with kindness. Initially these actions may feel foreign as we work to move through our own fear and despair. Yet one act of kindness can draw out another, until the sounds of anger and fear are calmed by the echoes of care and compassion.

“Actions speak louder than words.” – for the sake of this broken world, let us choose to act in love.

(picture from Innocence/Brother, Give Us a Word )

This day is always painful for me. Not three days after celebrating the birth of a baby – a baby who came to ease pain and bring justice, we face the first reaction to his arrival. Clearly a threat to those in control, to those in power – the announcement of Jesus birth brought on a reaction of horror.

Feeling a real threat to his rule, Herod ordered the slaughter of ever child under the age of two throughout his region. All those babies killed because of one person’s insecurity. This act of anger and selfish greed is hard to comprehend and brings a sadness with no words.

We remember these children today. Lost due to the threat of God’s arrival, their cries echo in the air of history.

Could we hear about this event and use it as a reminder of the forces against all that is good in humanity. Acts of selfish deceit always surround us. The powerless continue to be at the mercy of those who lack compassion and wield power. For the sake of those innocent lives taken so long ago and for all children suffering from mean and selfish acts throughout our world today, let us stay alert and offer our protection no matter the risk.

The telling of the Good News has begun to float anew throughout the world. May we speak and act on the promise of that news – God’s kingdom is here in our midst – a kingdom filled with compassion and mercy.

Our world is filled with the noise of anger and accusations. It is so easy to respond with the same – perceived injustice quickly raises anger and someone always has to be at fault.

Is it possible to set another example? I think yes… 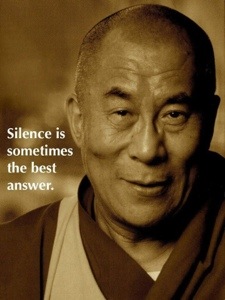 As we are experiencing- media can make ‘spreading truth’ very difficult. Of course we do not all agree! Yet where do we hear REAL conversation? There are statements and actions being taken to bring about equality that stay quietly removed from the mainstream. I share this article with you. In turn please share your thoughts…

“See, I am making all things new!” That’s a great biblical exclamation for this Easter season (Rev. 21:5). But apparently the news media didn’t get the memo. That’s not terribly surprising, but I did expect more from PBS.

I have come to expect that both Fanatically Xenophobic (FOX News) and the Moderately Socialist News Broadcasting Company (MSNBC) to play the tired old religion-hates-gay-people card. It makes for great ratings. But the PBS News Hour?

The News Hour led their broadcast today with the great news that President Obama has declared his support for civil marriage equality for lesbian and gay couples. The story then shifted to the analysis part. And upon whom did PBS call to discuss “both sides” of this issue? Evan Wolfson, of Freedom to Marry, and the Rev. Harry Jackson of Hope Christian Church, who is opposed to marriage equality. (Here’s the clip.)

Never lose an opportunity of seeing anything that is beautiful; for beauty is God's handwriting ~ a wayside sacrament. Welcome it in every fair face, in every fair sky, in every fair flower, and thank God for it as a cup of blessing.